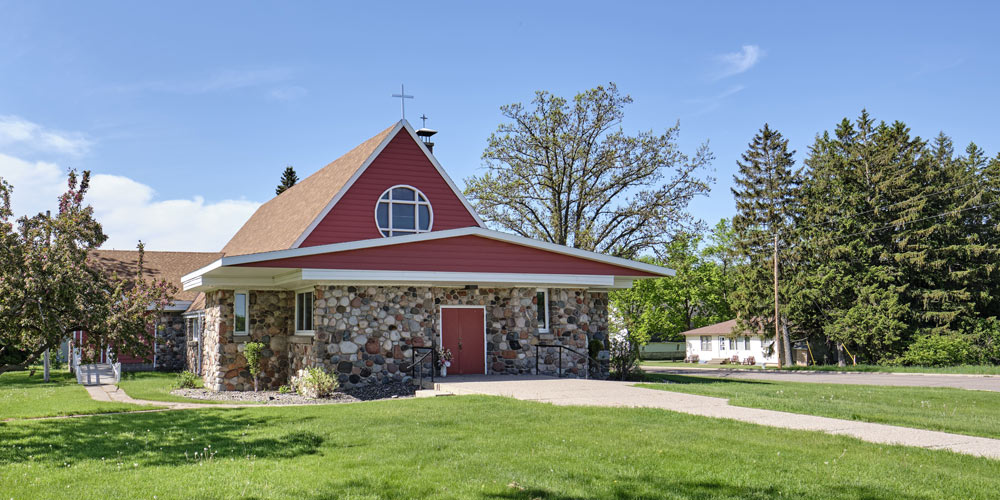 In 1918, Father Frommen became the first resident pastor. Since there was no rectory, he first lived in Royalton, later boarding at the home of a parishioner. March 1920, the present rectory was assembled from a Sears Roebuck order. The current church of stone was built in 1951 using 50 truckloads of suitable rocks. The entrance was later added in 1985. Through the hard work and dedication of faithful members the parish was built.

The current parish hall was was built in 1939. All the labor for the new parish hall was furnished by parishioners. There have been various other updates and renovations throughout the years. The parish hall is available for weddings, funerals, anniversaries, meetings, bingo, and various other events. Make your parish hall reservations by calling the Tri-Parish Office at (320) 387-2255.

Join our community for Mass. Visitors are welcome to share in our celebrations.  We are located in the Heart of Morrill, Minnesota.

Ramey and Morrill were only 2 miles apart, but they both wanted their own church and their own priest. In 1912, Ramey got a priest, Morrill did not. St. Hedwig’s was served for a short time by a priest of the Polish National Church.

April 12, 1914, Father Raymond Golkowski (resident pastor of Ramey) offered the first Roman Catholic Mass in the church of Morrill. The pastor of Ramey continued to serve the parish in Morill as a mission parish.

March 19, 1919 under the direction of Father Frommen, the Morill parish was reorganized and incorporated. At this time, the patron saint of the parish was changed from St. Hedwig to St. Joseph. Thus, St. Joseph’s Catholic Church was born.

The years took its toll and the little wooden church was showing its age. In 1950 it was decided that a new church would be necessary. In 1951, the little stone church you see today was constructed at a cost of $70,000.

It was Father Tarman’s idea that the new church be constructed of stones from the area farms. William Drehler was hired as the architect. Roger Francis was the contractor. An experienced mason was also hired to lay the stones. But the biggest share of labor came from the parishioners themselves.

During the fall of 1950, the rocks were gathered and the preparations began. Father Tarman went to the farms and hand picked some of the rocks. Stones of distinctive color and texture were sought. Farmer after farmer brought load after load of rocks. The “ordinary” rocks would be used for fill and the nicest rocks would be saved for the walls. Father Tarman could often be found washing and sorting through rocks. The rocks were stock-piled over the winter ready for use in the spring. By the time spring rolled around, there were 50 truckloads of suitable rocks ready to go.

In March of 1951, the old church was taken down starting with the bell tower. Construction began immediately. During construction, Mass was held across the road in the parish hall. By April 3, 1951 the cornerstone was laid. Day after day, the parishioners came to help build the church by offering their time and their labor.

Finally, all their hard work paid off. The first celebration of midnight Mass, Christmas 1951. This church was officially blessed and dedicated on July 19, 1952 by Bishop Barthelome.

The original bell from that old white church was kept and reinstalled in the new bell tower. That very bell is still in use today. The brick bell tower has a cross design worked out in stone. The new bell tower also includes the chimney.

October 23, 1960, a fire ravaged the interior of the church, causing $40,000 in damage. Due to the fire, many original things needed to be replaced. Once again, services took place in the hall while the repairs and renovations were taking place.

At least two statues were brought over from the old church. One is the St. Joseph statue, which stands in the back of the sanctuary. The other is the statue of Jesus in repose which lies in the back of church.

The new church received a new crucifix, a gift from Ben and Angeline (Luberda) Helmin from Chicago. During the fire of 1960 that crucifix was ruined so they donated yet another; that crucifix still hands behind the altar. They also donated the large white cross in the middle of the cemetery. In 1960 their daughter, Zena Kolz, donated a St. Anthony statue and marble pedestal. That statue and both of the crucifixes were purchased in Minneapolis.

The Stations of the Cross, which were made in Italy, were also ordered for the new church. Each station was purchased by parishioners for the cost of $40.00. The stations were thought to be ruined in the fire of 1960, but George Studniski was able to restore them.

The new church received two more statues which stood in the front of the church, one on each side of the altar. A statue of the Virgin Mary was donated by Lawrence Schyma. Sylvester and Agnes Blaszak donated a statue of The Sacred Heart of Jesus. After Vatican II, Father Suchy had those two statues removed. The Virgin Mary now stands in a shrine, in the yard of Mrs. Tom Schyma Sr. The Blaszak’s donated their statue to the Poor Clare Sisters.

The wood carved statue of the Virgin Mary was purchased by the Christian Mother’s in the 1970’s.

After the church was built, Father Tarman still continued his stone work. Between 1952-58, he built all the additional stone work we still see today. He built the stone wall in the cemetery, the stone posts in front of the church, and the shrine in the corner of the church yard. That shrine houses the statue of St. Isidore, an appropriate choice as he’s the patron saint of farmers. He is also credited for purchasing the cemetery.

In 1918, Father Frommen became the first resident pastor. Since there was no rectory, he first lived in Royalton, later boarding at the home of a parishioner Oscar Gunther. May 27, 1919 the decision to build a parish house was made. Under Father Frommen’s direction the present rectory was built. The house was ordered from the Sears Roebuck catalog for the cost of 44,711. The Weisbrick Brothers from Buckman were responsible for the assembly. The house was ready for occupancy by March 1920. The last priest to live in the parish house was Father Podrosky. Since then the house has been occupied by lay people who do the lawn-care in exchange for housing.

In 1936, Father Paul Shurek, purchased the first parish hall from a private party. The building was originally a potato warehouse. Contrary to most of the documentation, the new parish hall was not built in 1947, but rather in 1939. 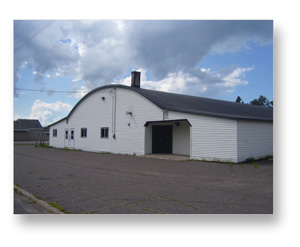 In 1939, the old potato building was torn down and a new 50 x 80 foot structure was built in its place for a cost of $1500. All the labor for the new parish hall was furnished by the parishioners. A 20 x 80 addition was added to the east in 1952. Much of the lumber used for this new addition came from the old church. In 1963, another addition to the west included a modern kitchen and indoor restrooms. There have been various other updates and renovations throughout the years. That very hall is still being used today for weddings, funerals, anniversaries, meetings, bingo’s, religion classes, quilting, mission groups, and various other events.

This information was compiled by Diane Keiffer from multiple written sources and dozens of personal interviews with some of our most esteemed parishioners. 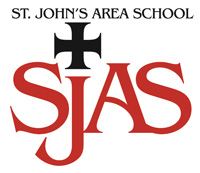